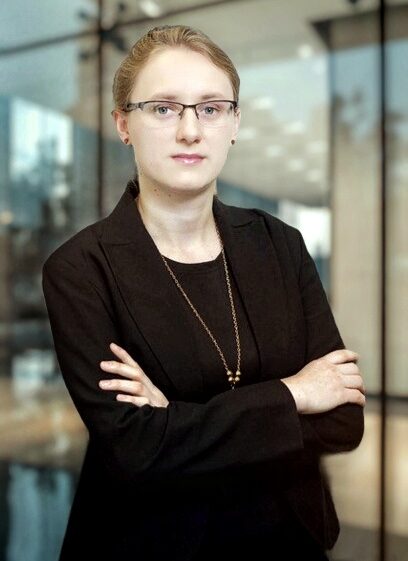 Attorney-at-law at the Bar Association of Attorneys-at-Law in Cracow. She graduated with honours from the Faculty of Law and Administration of the Jagiellonian University in Cracow. For her master’s thesis titled “Manager as an entity exercising rights and obligations”.

“Administrator as an entity exercising the rights and obligations of an employer in sanation proceedings”, she received a distinction in the competition of the Commercial Law Review for the best master’s thesis in the field of commercial law.  She has been with the Firm since 2015, while since 2014 she has also been with the Jagiellonian University Student Legal Clinic. Doctoral student at the Department of Labour Law and Social Insurance at the Jagiellonian University, author of scientific articles.  She completed her legal adviser’s training at the Bar Association in Cracow.

In ATL Law she provides legal counselling and conducts court and administrative proceedings in the scope of, among others, commercial law, company law, labour and social security law as well as restructuring and bankruptcy law.

She is fluent in spoken and written English, including legal English, and uses German and legal German.